Zanzibar, an island off the East Coast of Africa, offers the best of paradise beach locations at prices to suit just about any budget.

Tropical islands conjure up thoughts of azure oceans, bone-white beaches and palm trees swaying to the rhythm of gentle breezes. If this is your idea of a beach paradise, then the semi-autonomous island state of Zanzibar off the East coast of Africa is sure to satisfy event the most discerning beach holiday maker.

Zanzibar Archipelago
What is often commonly referred to as Zanzibar is in fact the Zanzibar archipelago and consists of a number of small islands with Unguja and Pemba being the largest. Unguja is often simply referred to as Zanzibar and plays host to most of Zanzibars tourist attractions and resorts. Zanzibar has a long and colourful history dominated by its occupation by Persian traders who settled on the island of Unguja as a convenient place from which to trade with other East African coastal towns.

Arrival into Unguja can either be by air or by sea. Direct flights arriving in Unguja are possible, although most flights will arrive via Dar es Salaam in Tanzania or via Kenya. There are a number of charter companies offering flights for around $40 per person for the short flight from Dar es Salaam to Unguja the flight is around twenty minutes. It is also possible to take a ferry from Dar es Salaam to the port located in Stone Town. Ferries will take between two and four hours depending on the speed of the ferry and tend to leave on the hour daily. Prices vary from $20 to $40 depending on the carrier and speed of the ferry. For more infor on travel arrangements, see http://www.kilimanjarosafaritours.com/.

Stone Town
The heart of Unguja is Zanzibar City, the capital of Zanzibar, which is often informally referred to as Stone Town. Stone Town is, in fact, the historical city centre and was declared a World Heritage Site in 2000. Getting lost in the winding streets of Stone Town is almost a must for any visitor but inevitably ends in fascinating discoveries of beautiful Arabic houses and quirky shops selling local crafts and spices.

Zanzibar Beaches
Moving out of the city, youre quickly absorbed by the everyday life of the island. Women dressed in colourful kanagas walk the dusty roads and its possible to glimpse the spice farms that give this island its moniker of the spice island. Most visitors to the islands will be heading to the beach resorts and these can be found on each of the four coastlines. Traditionally, the East coast has been the most popular with established hotels and resorts at Matemwe, Kiwengwa and Jambiani. One thing to be aware of when heading to the East coast is that at low tide the tide can go out for hundreds of meters for a few hours at a time, making swimming difficult.

Gaining in popularity is the North coast with the most central hotels located around the village of Nungwi. This is the dhow building capital of Zanzibar and so an excellent place to experience local craftsmen at work and see this ancient method of boat building first hand. Walking along the beach youre likely to encounter Masai men dressed in traditional clothing patrolling the beaches, selling Masai crafts, or indeed, herding cattle along the coastline.

The West coast too has pristine beaches on offer, with the Mangapwani being one of the more secluded and beautiful beaches to visit. There really are no bad beaches to be found, but choosing your retreat will be dependant on how much activity you like and how secluded you want to be. If budget is a concern, there are plenty of good hotels offering the basics in terms of accommodation while still maintaining good standards of cleanliness and locations close, if not on, the beach.

Lying close to the equator, Zanzibar benefits from warm weather all year round. Peak tourist seasons tends to be around July, August and December. The rainy season occurs during April and May and you may find that some hotels are closed over this period. There is a shorter rainy season over November, but the rains are light and do not last long.

Zanzibar Activities
Zanzibar offers more in the way of activities than simply lying on the beach. Each resort or hotel should be able to make a recommendation for reputable companies that offer boating trips to outlying islands where you can chose to either dive the coral reefs or, if youre not a certified diver, go snorkeling. Many companies also offer PADI diving courses for those with the time and inclination to learn.

Moving to the interior of the island, it is possible to take a tour of a spice farm where it possible to see a variety of spices and exotic fruits being grown by local communities. Most guides on these spice tours will be locals actually living and working on the farms and its possible to purchase a wide range of spices from the farms. Also worth a visit is the Jozani Natural Forest Reserve, home of the Red Colobus Monkey, only found on Zanzibar.

Zanzibar has plenty to offer visitors, from an insight in the history of East Africa to natural wonders and beaches of unsurpassed beauty. Visitors will be welcomed by the smiling and engaging locals and youll leave with a feeling of having connected with this infectious part of the world. 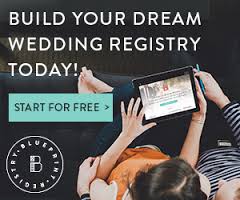 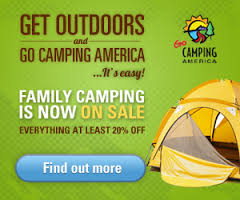